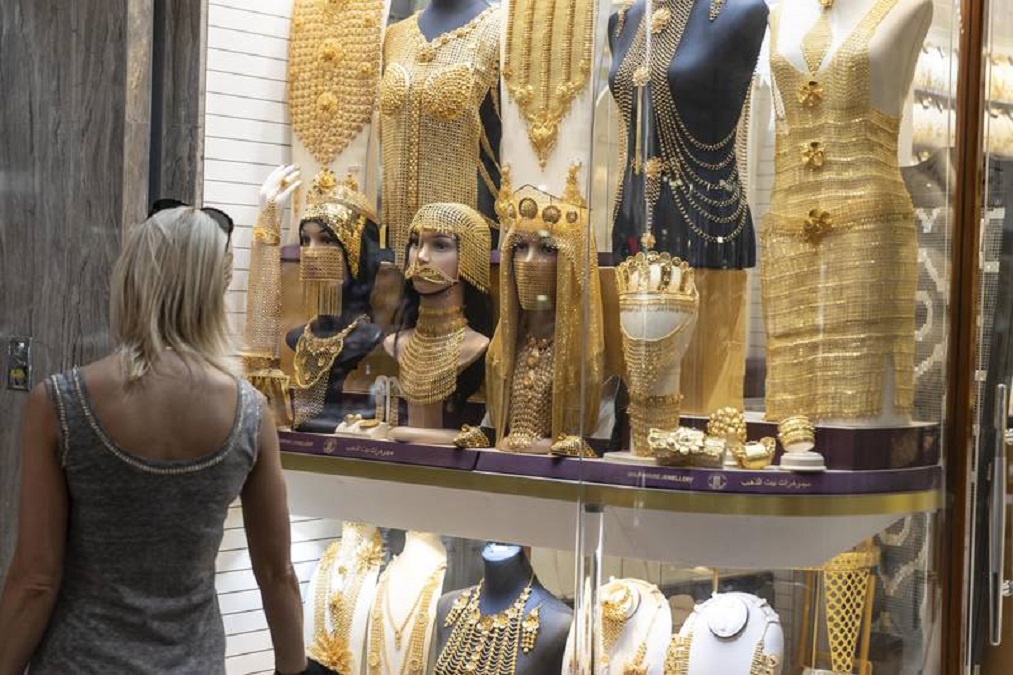 Jewellery companies in the UAE and India are set to gain from a key trade agreement that comes into effect on Sunday.

Sweeping changes will be introduced under the Comprehensive Economic Partnership Agreement signed in February and jewellers are upbeat because the rules for importing gold bars from the UAE and jewellery from India have been overhauled.

Import duties, previously at five per cent, have been scrapped for jewellery exported to the UAE from India under the pact.

This will give Indian jewellers zero-duty access to the UAE market.

India has agreed to a one per cent concession on duty on gold imports from the UAE for up to 120 tonnes of gold in the first year, rising to 200 tonnes in five years.

The Indian government has said this gives the export of gold bars or bullion from the UAE a significant advantage “in perpetuity” compared to the tariff India charges the rest of the world.

Analysts and jewellers told The National that Dubai would emerge as a major gateway for Indian jewellery to markets in the Middle East, North Africa and Central Asia.

The new trade pact is also expected to help India become attractive as a manufacturing hub for jewellery with more global brands likely to make the country their production base.

India is among the world’s top consumers of gold and imports about 800 tonnes of gold every year.

Jewellery gateway to the world

Chandu Siroya, managing director of Siroya Jewellers, was optimistic about the outlook for the sector.

“Jewellery is about aspiration, emotion. Dubai is known as the city of gold. For anybody who comes to the UAE, gold is high on their wish list,” said Mr Siroya, who is also vice chairman of the Dubai Gold and Jewellery Group.

“Dubai is a jewellery destination of the world and jewellers from all over the globe come to Dubai to source their jewellery.

“When I can offer Indian jewellery at a competitive price, why will jewellers go to another country.

“It will be a win-win for both the UAE and India.”

The family-owned business is one of Dubai’s biggest wholesalers, supplying jewellery to more than 30 countries.

It will soon open a third retail store in the UAE.

“This trade agreement with India is fantastic because it will enhance the UAE’s position.

“Now a lot more Indian jewellery will be routed through Dubai because there will be no additional duty and this will lead to a further increase in business.

“If a person living in America wants to buy Indian jewellery, in which other country will he also get jewellery made in Turkey, Singapore, Italy, Germany and the Far East all under one roof in half a square kilometre.”

He was referring to Dubai’s Gold Souk where visitors from around the world walk on narrow paths browsing shop windows filled with gold waistbands, delicate rings and chains studded with shinning gems.

He said global companies will be keen to set up base in India following the trade agreement.

“India has some of the best artistic handmade jewellery and also has the capacity to manufacture modern jewellery using latest technology,” Mr Siroya said.

“Many international companies will want to establish a base in India to take advantage of the Middle East market. They can produce in India for the local market and also export to Dubai.”

The trade deal has been hailed as a new phase of strategic co-operation that would boost non-oil trade between the two nations to $100 billion in five years, from the current $60 billion.

India’s commerce secretary B V R Subrahmanyam has said the gem and jewellery sector is enthusiastic about the partnership.

“We have given them [UAE] a TRQ [tariff rate quota] of 200 tonnes where the tariff [or import duty] in perpetuity will be one per cent less than whatever is the tariff charged for the rest of the world,” he told media in India in February.

“UAE becomes a very big entry point for us to enter the rest of the world, Middle East, North Africa and Central Asia.”

“We might see more than 100 per cent increase in jewellery export in the coming years,” he said.

“For Indian exports this is an excellent initiative. It will open the floodgates for export.”

The move will also open the door for smaller gold businesses in India eager to reach larger markets.

“This will be a perfect entry point for Indian handmade jewellery that can see a very big market through Dubai,” Mr Mehta said.

“It was difficult for Indian small businessmen to look for importers in other countries but with Dubai it becomes very easy. It’s a big gold market, it’s near India and people are comfortable trading there.

“So if somebody wants to cater to the US or UK market then Dubai is the right gateway.”

With the duty waiver, India’s Gem and Jewellery Export Promotion Council has expressed confidence exports of plain gold jewellery and gold studded jewellery from India to the UAE would grow to US$10 billion in 2023.

A Bahraini powerhouse: Asia Jewellers is the one-stop solution for the best brands

IEG: The passion for vintage restarts in September with Vicenzaoro