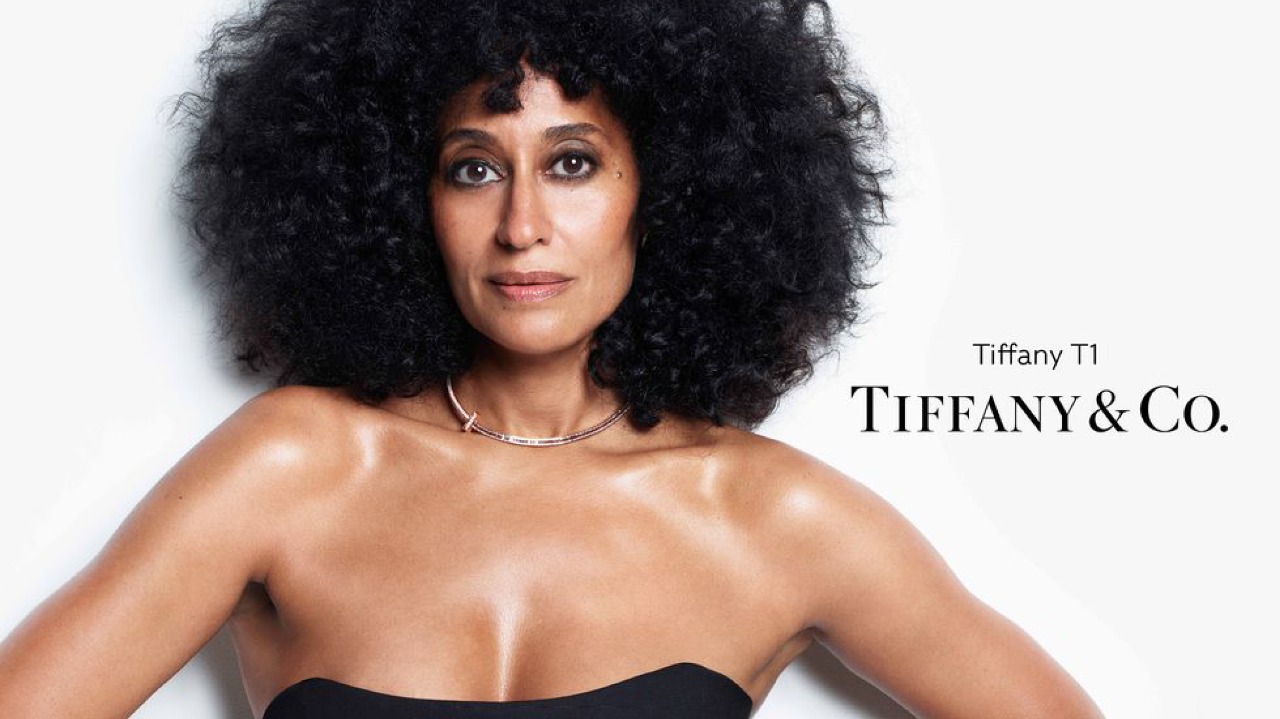 Tiffany & Co’s newest campaign focuses on the flavour of diversity, and the actress adds to it by joining Anya Taylor-Joy and Eileen Gu on the Tiffany billboards

You have seen her face on your screens if you are a movie buff. She has been shining on the silver screen for 25 years now, and this is no mean feat. We are talking about Tracee Ellis Ross, the newest face that Tiffany & Co has roped in for its campaign. Think ‘Black-ish’ if you are still wondering where you last saw her.

This major vision that the brand has unveiled features not one but three female ambassadors as the faces of its “Give Me the T” campaign, presenting the Tiffany & Co. signature collection.

This cast of internationally acclaimed stars include Anya Taylor-Joy, who you have seen spread her magic on the screen with ‘The Queen’s Gambit’, and freestyle skier Eileen Gu, who competes for China and has seen a meteoric rise in recent years. What does it do for the brand? Bring in a fresh and diverse flavour that takes centerstage in a campaign shot by Mario Sorrenti in New York.

“Growing up, I would often wander through the flagship on Fifth Avenue, imagining myself as a grown woman wearing … Tiffany’s signature diamonds. All these years later, to be the face of this iconic brand and to represent the T1 collection is a dream come true,” said Tracee Ellis Ross in a statement.

Ross loves fashion, and anyone who has seen her screen apprearances will agree. Her social media feed is bouncing with vibrant colours all the time and she has an inherent love for clothes and quirky, trendy jewellery. When you ask her, what is this love affair worth, she will smile and say, “it brings one joy”. And the joy is contagious.

Her own fierce brand of individuality is one of the reasons that Tiffany & Co. is tapping the Black-ish star for a new role. The iconic high jeweler named Ross a global house ambassador where she fronts its newest T1 collection campaign ‘Give Me the T,’ shot by Mario Sorrentiin New York City. The partnership is full circle for Ross, who grew up down the street from its Fifth Avenue flagship ogling the goods for herself. (“I got my first Elsa Peretti kidney bean when I was a teenager.”)

“The fact that life has come full circle and after visiting Tiffany’s as a teenager and now I’ve become one of the faces of the Tiffany T1 collection is a dream come true. Particularly after the year that we’ve had, there’s nothing like infusing a bit of glamour and joy back into life, and realizing that the timelessness of a beautiful piece of jewelry takes you to another place,” she added.

After making their Tiffany & Co. debut, the three ambassadors will appear in a new campaign, entitled “Knot Your Typique,” introducing a new collection set to launch this fall in North America and in 2022 worldwide.

You may know about the 4Cs of diamonds, but what about the fifth ‘C’ — Certificate?

How Jordanian jewellery designer Lama Hourani cracked the Chinese market: ‘They think of aesthetic as an adventure’