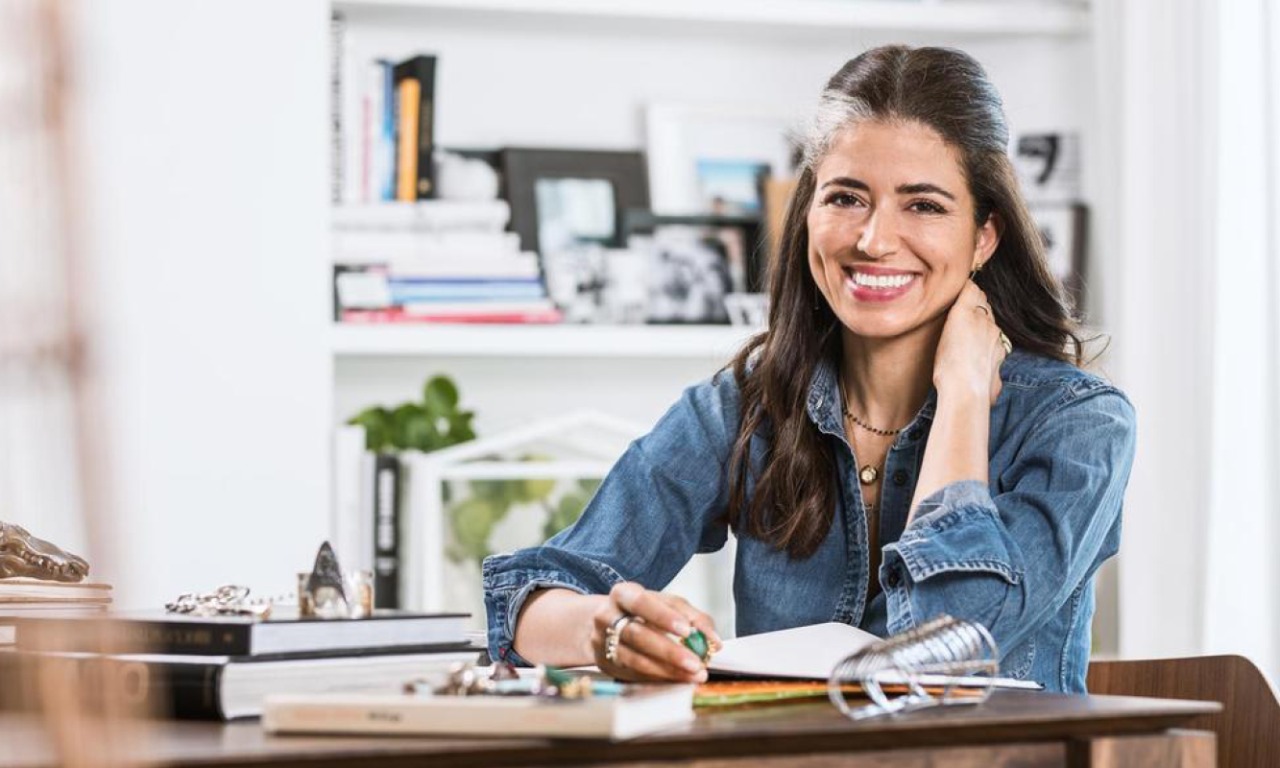 It is the Chinese New Year holiday; Shanghai is quiet and Lama Hourani is at home nursing a sick daughter when we talk via Zoom. The Jordanian jewellery designer returned to Shanghai last summer after a three-year hiatus in Paris. The peripatetic designer acknowledges that it is normal for her to hop around given her husband’s business commitments. “I am super-flexible,” she says. “My clients are based all around the world, and I had previously established my market [in China] when I was here between 2013 and 2016.”

The Covid-19 pandemic had delayed an earlier return to China at the beginning of 2020 to join her husband, but she feels lucky to be back in “the only market that is still breathing”.

She has opened a showroom in a historic part of the city that has echoes of 1920s Shanghai in its design, and has tastefully decorated it using concrete and marble, with Chinese antique ceramics and natural crystals that reflect the unique forms and timelessness of her jewellery. It is exclusive, and visits are by appointment only, with her reputation spreading purely by word of mouth.

Hourani describes her local clients as “more open-minded and curious than I have experienced anywhere else around the world”. She portrays them as well-travelled, self-established, independent women who buy for themselves.

A celebrity designer in the Arab world, Hourani’s silver and fine jewellery collections are hitting the sweet spot with her discerning clientele. “Not just in China, but in general, my clients want something that is really different, that identifies them and is also a discreet statement of luxury,” the designer explains.

“Coming from Jordan, married to a Spaniard, living all over the world and merging different identities and cultures means that there is a lot of storytelling in my work,” she adds.

The fine jewellery, in 18k gold, precious and semi-precious stones, is organic, personal and worn like a second skin. Her silver collection is stronger, bolder, more extravagant and rooted in the artistry of her Arabic heritage, yet also draws from her travels. Hourani debuted with her sculpted silver collection in 2000, taking inspiration from pre-historic art, mythology, spiritual references and symbols, bridging cultures and modernising at the same time.

“Since the beginning, human beings have expressed themselves through art and I wanted to create a language that goes beyond religious and ethnic barriers,” she says. “My mission was first, representing Jordan and the Middle East by putting it on the design map. Second, it is to support.” By this she means all the Jordanian artisans who have worked with her for the past 15 to 20 years producing her elaborately shaped silver and gold pieces.

Although the Chinese have a predilection for big-ticket gem-set jewellery, Hourani’s aesthetic resonates with them. “Client awareness and sophistication in this country has leapt in the past four years,” she says. “They think of this aesthetic as an adventure, a piece that they can tell a story about. They know Jordan and many have visited,” she points out, “which was surprising to me.”

There are good prospects for luxury designers such as herself in China: “There’s opportunity for anything that is different now, but there is a lot on offer here, and the trick is adaptation to the local market.”

She points out how many brands have come unstuck by imposing their western identity when they should be more open-minded, as “the Chinese now have a greater sense of confidence in their own taste”.

Especially popular is the elegant geometry of her gem-set rings, which evolved from Hourani’s design for her own engagement ring nine years ago, in which the diamond is off-set to the side so that it actually nestles protected between two fingers. “It’s not just in China, it is super-hot everywhere because of the newness and unpredictability of the outcome,” she says of the sophisticated designs.

The Evolution of the Rock, as it was named, was her first foray into fine jewellery and is now at the core of that collection. “I wanted to create the ready-to-wear engagement ring that can be worn daily and sit well on the hand,” she explains. These can be set with diamonds, emeralds, rubies or semi-precious stones, and each is custom-made for her clients.

Over the past few months, she has been working on two new collections, yet to be fully realised. One is based on trees, on growth and struggle, a reference she says to the Palestinian struggle that she was very conscious of as a politically aware child – her father was a political activist and publisher.

The other, which will be called Pulse, is based on the concept of the wavelengths that connect two people. The idea for this collection was sparked by her young twin son and daughter and their mental and emotional connectivity. In a market saturated with luxury, it is ideas such as these that appeal to Hourani’s clients, because they express the heart, soul and authenticity of her aesthetic.

A riot of colours in natural flavours: Amina’s designs whisper the songs of Africa