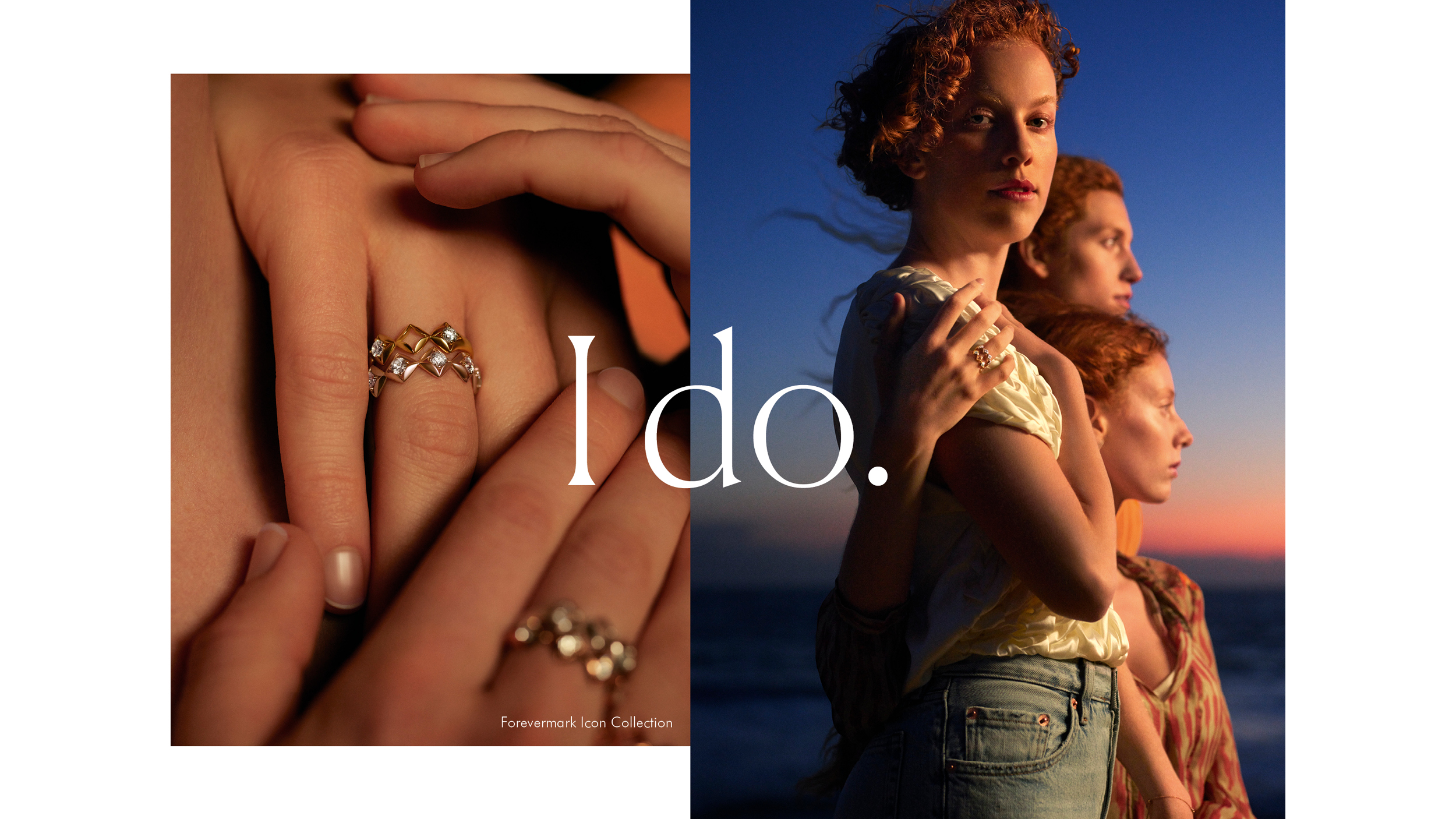 Mumbai, 16th November 2021 – De Beers announces a new global campaign centred on commitments to ourselves, to one another and the wider world. It marks a fresh, purpose-led brand strategy and new chapter in the company’s 133 year long history.

The statement ‘I do.’is one of the most significant and time-honoured expressions of intent. Deeply emotional and instantly life-changing, it is an eternal promise between two individuals to a shared future. De Beers’ new campaign emphasises the importance of these powerful commitments, and takes these two iconic words into new territory, expanding their meaning to stand for personal pledges of all kinds: to love, friendship, family, society, nature and more.

Bruce Cleaver, CEO De Beers Group, says: ‘For more than a century, De Beers has played a central role in helping people express their enduring commitment to their partner. Today we see a new generation of consumers who wish to communicate a wider commitment: a commitment to their own personal development, to their friendships, to their families, to society, and to the natural world. The meaning of ‘I do.’ has expanded and it’s more relevant than ever – and diamonds have a broader spectrum of meaning than ever before. With our new ‘one De Beers’ vision, which encapsulates the essence of our brand’s purpose and enables consumers to interact with it in new ways, we see an exciting opportunity to shape the future of diamonds. With all our marketing investment consolidated behind our iconic brand name, we will amplify the emotional meaning that diamonds from De Beers hold for consumers, highlighting the positive impact they have in the world and the exceptional beauty of those selected for our Jewellery Houses.’

The campaign features a wide range of diamond jewellery from across its two Houses, De Beers Jewellers and De Beers Forevermark, as symbols of these promises – particularly meaningful because of the company’s own commitments to sustainability and responsible practices. In an era where the ethics and values of both consumers and brands are paramount, ‘I do.’ also means action and purpose. By wearing De Beers diamonds, customers can use them as talismans: for individual and collective acts of intent, towards a better, brighter future.

Celine Assimon, CEO of De Beers Jewellers and De Beers Forevermark, comments: ‘The launch of the campaign marks a turning point for De Beers, and paves the way for our ongoing commitment to being a purpose-driven company. Our two Jewellery Houses come from one powerful brand that is proud to stand for commitments by people all over the world, to what means most to them.  We lead by example, committing to creating positive impact in the places where our diamonds are found, and for the people that connect with them along their journey.’

The poetic and moving multi-channel campaign is shot mainly outdoors, in forests, in open fields and by the sea. It embraces diversity in its casting, both via couples and individuals, and in the commitments it represents across a variety of vignettes. Messaging is centred around topics including staying true to oneself, not compromising, fighting for one’s beliefs and celebrating nature. The campaign also aligns with principles that sit at the heart of De Beers and its wider global community: innovation for good, inclusivity, and protection for the environment and its people.

Jonas Lindstroem, Campaign Photographer and Director, said: ‘What I loved most about the concept is the simple, yet progressively modern approach to what it means to commit to something in today’s world. Using the history of the brand to shine new light on the idea of saying yes – to somebody, for something, to yourself. Breaking with traditional thoughts. Showcasing diversity and new ideals. Embracing love as something that is beautifully manifold and free in its meaning, as long as it means something to you. It was a joy to translate that into moments that we wanted to feel genuine, alive, tangible, and real. Scenes filled with real characters, emotions, feeling. Protagonists that tell a story — real moments caught on film and photography.’

The campaign reflects De Beers’ updated vision of ‘One Brand, Two Houses’.  De Beers Jewellers and De Beers Forevermark now co-exist under one umbrella, marking the shift to a unified, consumer-centric and purpose-driven brand. While consumers are able to access different product ranges through the two Houses, they will be guided by De Beers’ overall reputation as a brand that stands for meaningful commitments, selling iconic and timeless jewellery featuring the best diamonds from the world’s leading diamond company.

De Beers is committed to “Building Forever” —ensuring their diamonds make a positive impact for people and the planet. Building Forever is the company’s blueprint for a better future, one that is fairer, safer, cleaner and healthier, where communities thrive and the environment is protected. It falls into four key pillars: leading ethical practices, partnering for thriving communities, accelerating equal opportunities and protecting the natural world.

The Natural Diamond Council partners with the Gem Jewellery Export Promotion Council, Announces campaign ‘Thank you, By The Way’

GIA Grades the Most Important Diamonds in the World – Including Yours